The Film Festival of the Italian American Club will present Boccaccio ‘70 at the Event Center on November 11.

This classic film from 1962. has been released in a Blu-Ray DVD with improved video and sound.  Boccaccio ’70 is a comedic anthology film directed by Vittorio De Sica, Federico Fellini, Mario Monicelli and Luchino Visconti   It consists of four episodes, each by one of the directors, all about a different aspect of morality and love in modern times in the style of Giovanni Boccaccio.  It is in Italian with English subtitles

This event is free for all residents and friends.

The showing will start at 4 PM. and the episodes will be shown in the following order:

There will be a short intermission after each episode.

While reservations are not required, it will help us to set up the room if you fill out the following form: https://forms.gle/iXJVcEim9VYzaQ3z6 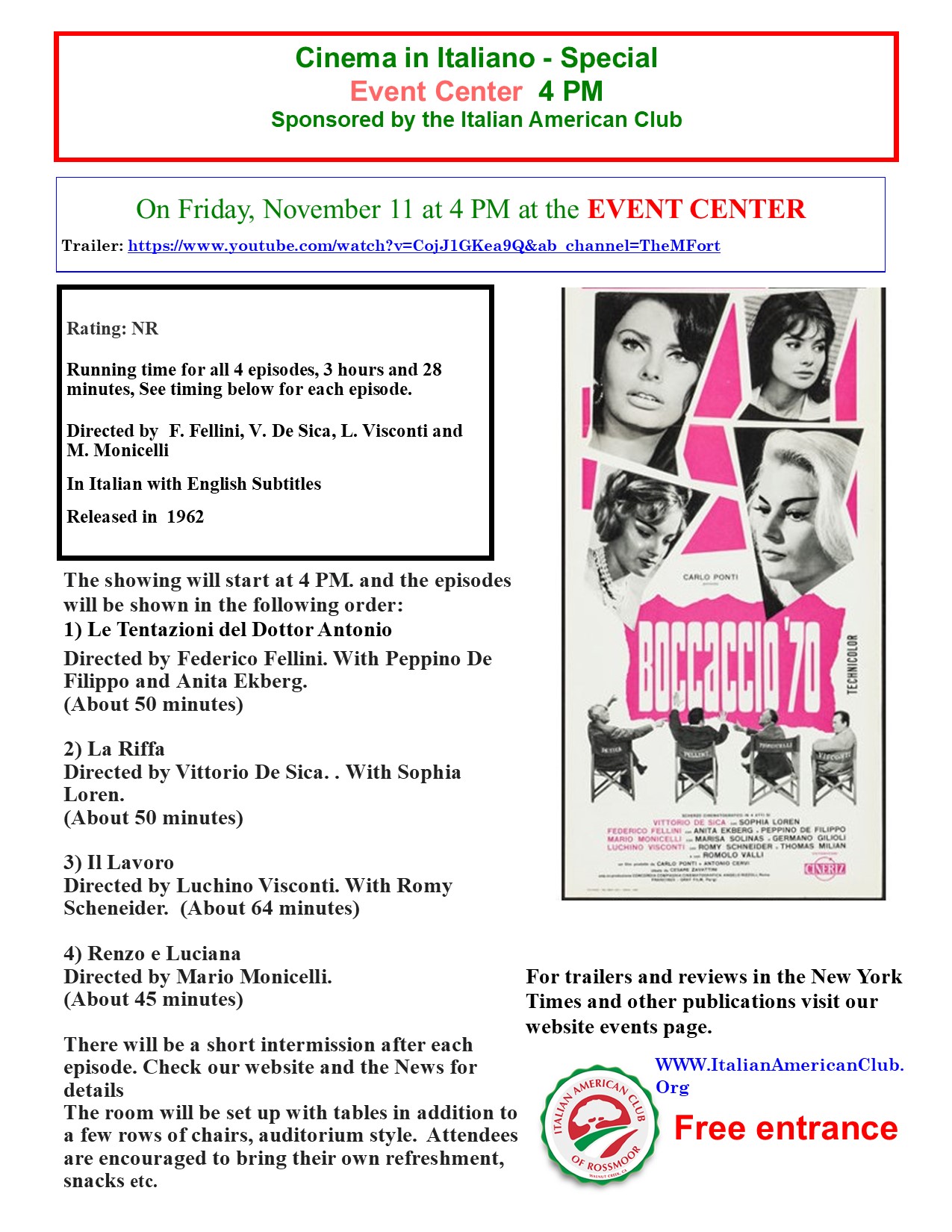